The workshop was organized, in cooperation with the Centre for Economic Policy Research (CEPR), by Régis Barnichon (CREI & UPF), Jordi Galí (CREI, UPF & Barcelona GSE) and Thijs van Rens (CREI & UPF), and took place at the Ciutadella campus of the Universitat Pompeu Fabra in Barcelona.

The workshop brought together academic researchers, from Europe and the US, working on macroeconomic and labor issues to discuss why the last three U.S. recoveries were jobless, i.e., characterized by prolonged periods of slow job growth and high unemployment rates.

In the first morning session, Andreas Hornstein (Richmond Fed) argued that understanding the behavior of long-term unemployed is crucial to understand the volatility of unemployment. Régis Barnichon (CREI) concurred with Hornstein and showing how labor market heterogeneities are not fully captured by current models but are key to understand fluctuations in the job finding rate and in unemployment. Judit Montoriol (Universitat Autònoma de Barcelona) provided evidence that financing constraints of small businesses are important, and that workers in small firms with high external financing needs are usually more likely to become unemployed.

In the second morning session, Jordi Galí (CREI) provided a structural interpretation of the last three jobless recoveries and argued that these recoveries were slow, rather than jobless. Marianna Riggi (Bank of Italy) argued that phenomena of sharp declines in employment and jobless recoveries may be explained by the discipline device role of unemployment.

In the afternoon sessions, David Berger (Yale) discussed how the streamlining and restructuring of firms’ production process during recessions can generate jobless recoveries and acyclical average labor productivity. Briana Chang (Northwestern) provided a theoretical model to study sectoral labor reallocation and unemployment in the presence of search friction. Robert Hall (Stanford) proposed an extension of the Mortensen-Pissarides model that can capture excess output supply by allowing the rate of inflation to influence unemployment. Stephan Fahr (European Central Bank) argued that downward wage rigidities help explain the asymmetric nature of business cycles in many OECD countries.

In addition to the presenters, other researchers and professors from the Barcelona area and other European institutions, as well as doctoral students from the Universitat Pompeu Fabra and the Universitat Autònoma de Barcelona, attended the workshop. 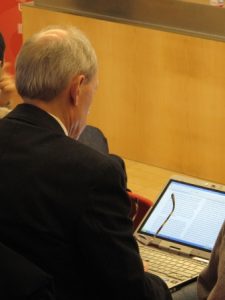 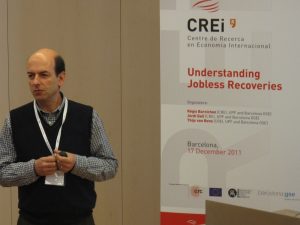 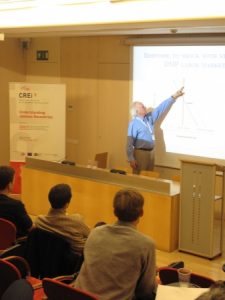 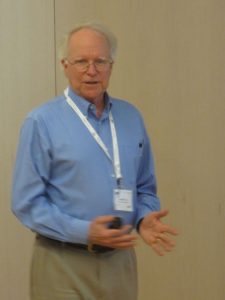 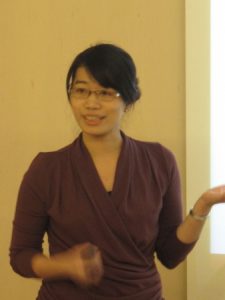 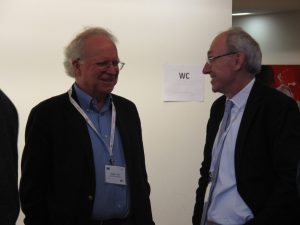 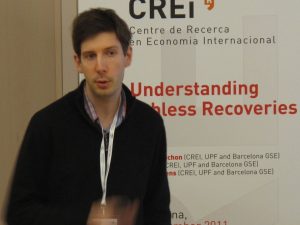 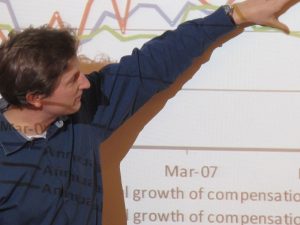 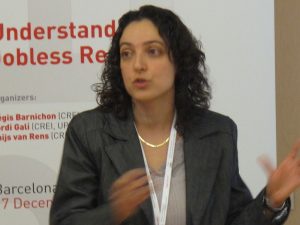 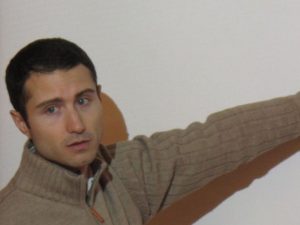 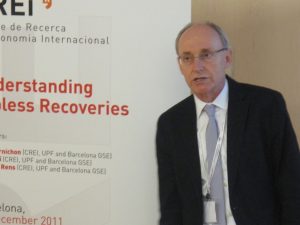